Online Visibility Pros is a certified digital marketing firm that specializes in online lead generation for home services businesses, contractors, construction companies and a handful of a few other select niche markets. We give these businesses the power to leverage the Internet to generate a steady flow of targeted online leads with done-for-your services.

Our team is dedicated to providing our done-for-you customers and clients with digital marketing and lead generation services designed to help you do more business and save more time that include:

We are also dedicated in supporting all of the other small service businesses, entrepreneurs and sales professionals that we don’t end up working with by providing results-based digital marketing tips and strategies through our lead generation case studies, digital marketing blog and on the Maxx Conversion® Newsletter.

Do More Business and Save More Time

To build Unstoppable Lead Generation Machines for home service business owners, trade contractors, construction companies and a few other select service business types – helping them do more business, save more time, and ultimately have peace of mind that their online marketing is being done right!

To bridge the gap and provide clear communication about how business owners can strategically use the Internet to maintain or grow their businesses.

We value hard work, ethical business practices, and using data-driven tactics to make decisions. The world of online marketing is so saturated with scams, schemes, and bad advice – and our top priority is to NOT be part of the problem.

We value helping service business owners because they are often positioned to get the most out of our service. It’s about building trust and building businesses, making sure that owners are well informed and our team is using industry best practices.

In order to help you combat these 3 major obstacles, we offer done-for-you digital marketing services fit specifically to your small business needs. We provide you with an expert Internet marketing team to produce the results you’re looking for.

Our private clients achieve peace of mind, knowing their online marketing is producing real results while being professionally tracked and managed.

This is how we help position our clients …

Do More Business and Save More Time

Gain access to the exact step-by-step roadmap our team uses to help our clients attract high-quality leads and profits to their business and finally build that UNSTOPPABLE lead generation machine that you’ve always wanted to build for your business. Use our proven blueprint that walks you through building a rock-solid foundation for your business online, drive laser-targeted traffic to your website, convert more website visitors to profitable leads, and stay top-of-mind with current, past & future customers. Get More Info…

Packed with lead generation tips, case studies & a critical digital marketing updates you need informed about and ahead of the curve. The latest SEO & PPC techniques and tips to rank at the top of the search engines so you can get more laser-targeted traffic to your website. Strategic website adjustments that will have you connecting with your website visitors, converting more traffic into leads, appointments and sales. Email marketing ideas and examples so you can leverage the MOST COST EFFECTIVE form of marketing to improve client retention & your bottom line. Learn more…

In 2010, after Brian retired from professional baseball and Krysti became fed up with her corporate job, the power couple decided to join forces and form Online Visibility Pros.

They founded the business with a focus on helping small service businesses produce more leads through proven digital marketing strategies by working smarter, not harder.

Shortly after forming OVP, the couple met Mike, who was running a fairly successful HVAC company in Phoenix, Arizona.

Mike was working with another digital marketing agency at the time, spending thousands of dollars a month, but only seeing a small trickle of leads.

They were hard to get a hold of and generally left him in the dark about the campaigns he was investing his hard-earned dollars into.

He wanted to see real, positive ROI – but instead, he was bleeding money.

Mike was getting screwed by a big box internet marketing firm – and he was ready for a change.

When Online Visibility Pros took over Mike’s digital marketing campaigns, they not only reduced his overall monthly spend, they also increased the number of online leads by 430% in the first 5 months!

Everybody was happy and winning – including Mike’s customers.

Brian and Krysti quickly realized that Mike was not alone…

Many business owners in the service industry were getting taken advantage of by unscrupulous digital marketing agencies, as well as other well-meaning companies that just didn’t understand what they were doing.

So, Brian & Krysti decided to do something about it.

They refocused Online Visibility Pros to help home service businesses and a few other select niche-specific business types to get more leads, appointments, and sales from the internet.

Rather than becoming “just another digital marketing agency,” OVP built themselves into an outsourced online marketing department dedicated to saving their customers and clients time and money while delivering real, long-lasting results.

They found people passionate about lead generation and helping the “salt of the earth” get a leg up on their digital marketing.

To take it a step further, they decided to offer their services to only one business per service niche per area – so they’d never have two clients directly competing against one another.

For that reason, clients started referring to OVP as their “secret weapon.”

If you want more leads, appointments, and sales from the Internet with real, positive ROI…

It’s time to get the Online Visibility Pros working for you!

Why Partner With Online Visibility Pros

Results speak louder than words – and the results that our digital marketing strategies and plans have achieved for our clients speak volumes. We invite you to explore their successes in our collection of client case studies – and picture yourself in their shoes.

Landscape Construction company owner, Roberto, was getting frustrated with his approach to online lead generation He was spending thousands of dollars a month on lead…

Austin, the sales manager of a residential roofing company was lost and frustrated because his company website was outdated and it wasn’t showing up for…

Landscape Construction SEO >> From Zero to 30 EXCLUSIVE Leads Per Month

Mike, owner of Scottsdale, Arizona based HVAC Company, approached Online Visibility Pros because he was frustrated by the results of his current lead generation efforts.…

Eric, the sales manager at a home services company, was tired of sending ineffective email communication to their customers and prospects. A decent number of… 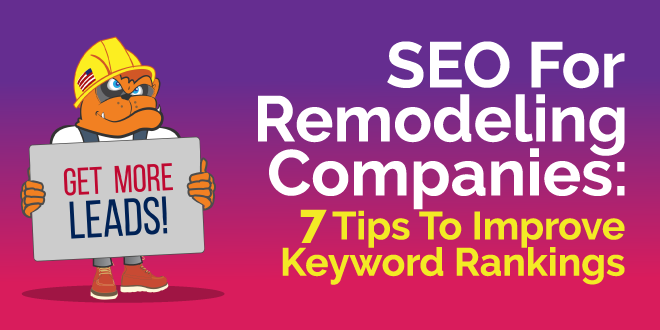 If you run a remodeling company in or around a major city, you likely have a lot of competition in your area, which can impact… 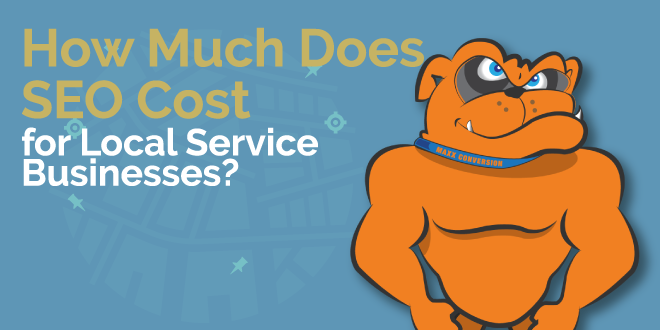 How Much Does SEO Cost for Local Service Businesses?

64% of consumers use Google My Business to find out details about a company. As a business owner, it’s clear to see that local SEO… 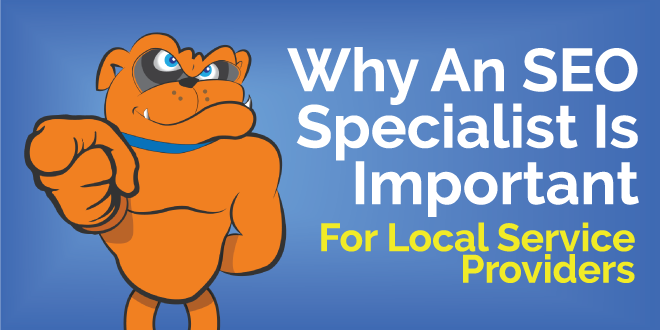 Why An SEO Specialist Is Important for Local Service Providers

Over 50% of all website traffic derives from an organic search. In fact, over 70% of activity online begins on a search engine, too. With search… 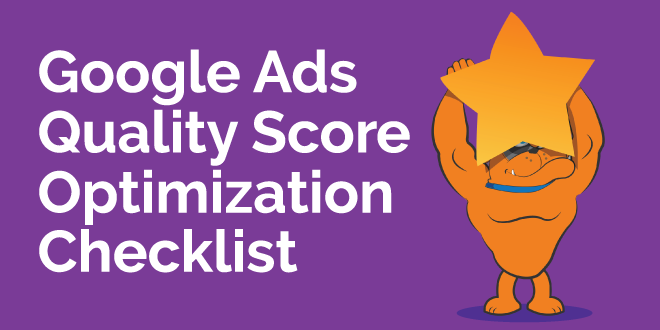 Did you know that nearly 20% of businesses fail within the first two years? The good news, however, is that there are steps you can take to… 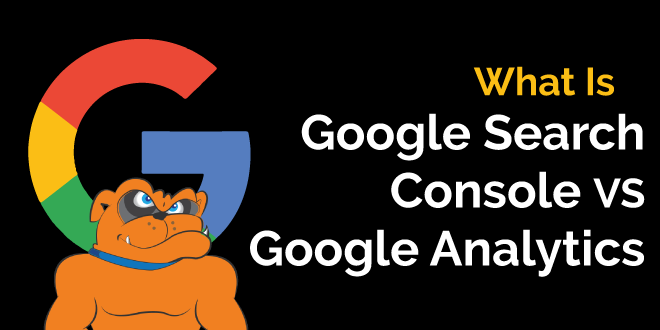 What Is Google Search Console vs. Google Analytics?

Only about 2/3 of small businesses had websites in 2021 so if you have one, you’re already ahead of some of your competition. As a service business… 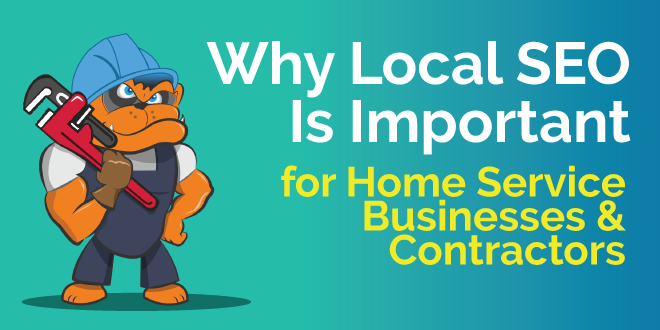 If you’re running a local brand, you may not be sold on local SEO services yet. After all, some brick-and-mortar stores get by on word…